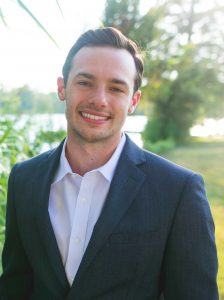 Dr. Shaun Sigurdson graduated from the University of Texas in Austin with a Bachelor of Arts in Biology. He then completed dental school at the University of Texas Health Science Center in San Antonio. After receiving his DDS, he moved to Dallas and completed an Advanced Education in General Dentistry residency at the Baylor College of Dentistry. After residency, he was selected for a Fellowship in advanced restorative, esthetic and implant dentistry while serving as a full-time faculty member in Baylor’s Advanced General Dentistry clinic. Dr. Sigurdson particularly enjoys cosmetic dentistry, complex restorative treatments, full-mouth rehabilitation and dental implant surgery.

Dr. Sigurdson was born in Great Yarmouth, England, and grew up in Anchorage, Alaska, before moving to Texas at age 7. Dr. Sigurdson has embraced Texas as his home, as he has lived in Dallas, Houston, Austin and San Antonio. Outside of the office, Dr. Sigurdson likes to spend his time going to concerts with his wife Cristina, weight training, hunting, attending sporting events, and walking his dog Jacks at White Rock Lake.

Dr. Sigurdson’s interest in the field of dentistry extends beyond his day to day practice. He frequently attends continuing education courses focusing on cosmetics, endodontics and implantology. Dr. Sigurdson is also a member of the Academy of General Dentistry, Dallas County Dental Society, Texas Dental Association and the American Dental Association.

His interest in dentistry began during childhood after chipping half of his front tooth off during a biking accident. Dr. Patel was impressed that the dentist was able to completely repair his tooth, and says, “I was so amazed how dentistry could enhance someone’s smile and give them their confidence back.” As a dentist he is committed to providing excellent, conservative, evidence-based dentistry for his patients to help them achieve a healthy mouth and smile.

Dr. Patel’s commitment to the field of dentistry extends beyond the office. In addition to extensive volunteer service with various organizations, he is a member of the American Dental Association®, the Academy of General Dentistry, the Texas Dental Association, the Dallas County Dental Society and the Dallas Study Club, an affiliate of the Seattle Study Club. Dr. Patel focuses his continuing education in aesthetics, surgical and restorative implants and endodontics.

Dr. Patel married his high school sweetheart, Ankita. Together they have a Maltese poodle dog named Peanut. In his free time, he enjoys traveling, trying new restaurants, and doing DIY and home renovation projects around the house.

“A man can be as great as he wants to be. If you believe in yourself and have the courage, the determination, the dedication, the competitive drive and if you are willing to sacrifice the little things in life and pay the price for the things that are worthwhile, it can be done.” — Vince Lombardi